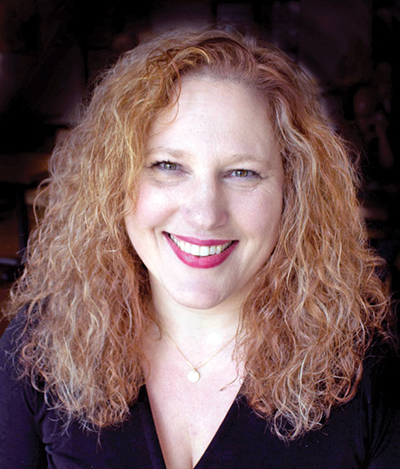 Lisa A. Berkley developed the Inner Economy Model after more than 25 years as a peace maker. This work laid the foundation for the Institute for Inner Economy, which she founded in 2014. She is an international speaker who provides advisory services, educational workshops, and programs within the public, private, and not-for-profit sectors. Ms. Berkley was President of Women In International Security’s U.S. West Coast Chapter (WIISWest) and sits on the Housing Resource Center of Monterey County and the Democratic Women of Monterey County boards. Ms. Berkley also serves as the Vice-Chair of the Planning Commission of her home city, Marina, California. She is a member of the International Leadership Association and the  International Society of Political Psychology.

Ms. Berkley’s work as a peace facilitator and activist stems from more than 25 years of experience in Alternative Medicine and Education, Massage Therapy and Healing, Stress Management, and Interpersonal Conflict Resolution.  Dedicated to furthering peace and security in the world, she integrates psychological understanding, emotional, spiritual, somatic, cultural, and creative intelligences into the public, private and not-for-profit sectors of society. She co-founded and directed an NGO that pioneered peace-building education and training programs in Israel/Palestine and has developed groundbreaking programs for the development of self-awareness and personal empowerment in the midst of conflict. Her work has been written about in a number of Israeli/Palestinian, U.K. and U.S. publications with worldwide distribution. She has also co-authored the book chapter Female Leadership for Peace and Human Security: A Case Study of Israel/Palestine, which can be found in Women and Leadership Around the World, Vol. III (Information Age Publishing, 2015).

Ms. Berkley’s educational background includes a B.A. in Environmental Studies and Economics (1992, New York University), an M.A. in International Policy Studies specializing in Transitional Justice and Counter-Terrorism (2008, Middlebury Institute of International Studies at Monterey), and an M.A. in Leadership and Change (2015, Antioch University). Among her other credentials are certifications from the highly respected Lauder School of Government (Israel) and the (U.S.) Naval Postgraduate School. She has earned her Ph.D. in Leadership and Change at Antioch University (expected 2018) where her research focuses on building compassionate and healthy living cities.

Lisa’s native language is English, she is fluent in French and Italian, has a basic level of spoken and written Hebrew, and is presently learning Spanish and Arabic.​​​​​ 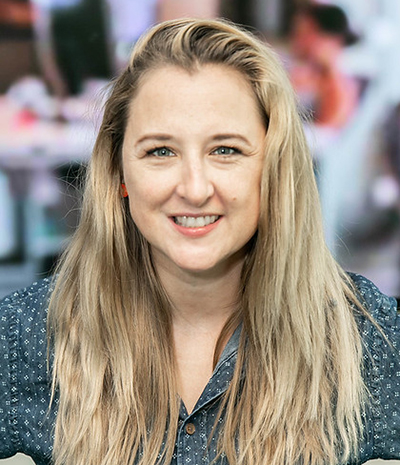 Lila Green is the President of Women in International Security, Western Region (WIIS West) and an Export Compliance Analyst for a major tech company. She holds an MA in Nonproliferation and Terrorism Studies with a specialization in Financial Crimes Management from the Middlebury Institute of International Studies. Her passions include ethics in national and international security, cybersecurity as it relates to vulnerable groups, and the renovation of modern foreign policy and practice. 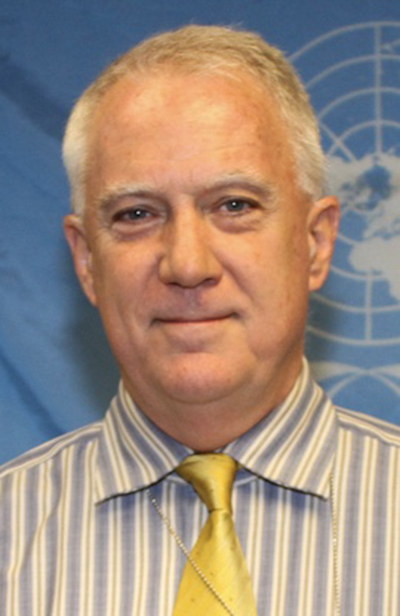 Dr. Robert Zuber is director of UN-based Global Action to Prevent War and the Project for a UN Emergency Peace Service. He also serves as consultant, adviser or board member to a wide variety of non-profit, policy and educational organizations, including Green Map System, Our Humanity in the Balance, and the Paris-based human rights organization FIACAT. Based in Harlem and educated at Yale and Columbia Universities, he has written and spoken extensively on diverse human security issues and has organized workshops and conferences in over 25 countries on topics from small arms proliferation and civilian protection to women's participation in peace processes and peacekeeping reform.​ 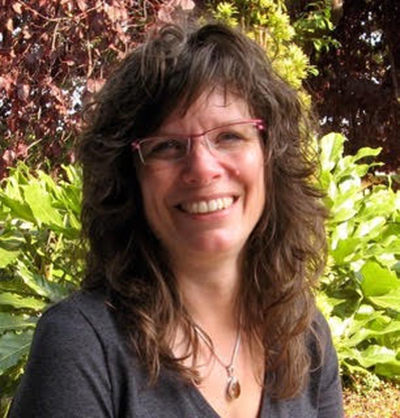 Nicole Moen is a serial founder of leading-edge organizations and projects.  Nicole’s initiatives range from the BodyHeals Integrative Medicine events and Animate Community Inc., to the Victoria Community Health Cooperative and the Healing Cities Institute Society, all of which she co-founded.

In 2012, she founded the Living the New Economy (LNE) events which she co-developed and co-produces. During this time she started exploring a new term: Inner Economy. LNE grew from a gradual instant in May 2012 when she understood that the dominant financial system underpinned fundamental issues in every context she’d worked and lived. Producing these events gave her a unique view of the weave of connections between issues in health, sustainable urban development, various approaches to finance and economies, and our inner and relational lives.

She is currently working in indigenous language revitalization and the children and nature movement. A speaker, writer, visionary, facilitator, activist, counsellor/coach, event producer and consultant, parent and partner, she grounds everything she does in the literal dirt while gardening or via walking, especially barefoot in the ocean. 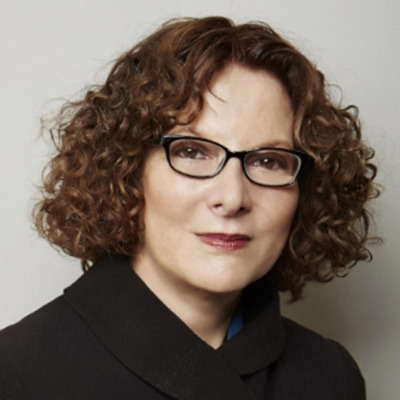 ​Maxinne Rhea Leighton is an accomplished, award-winning, senior-level strategist adept at developing, communicating, and building alliances across diverse corporate and community interests, integrating people, processes and resources within the built environment. Post-Superstorm Sandy she was engaged in the design competition Rebuild by Design,  a HUD-sponsored design competition supported by the Rockefeller Foundation 100 Resilient Cities; developed, and researched advocacy initiatives that assessed data from both governmental and community-based sources that served clients, stakeholders, and policy makers involved in post-disaster initiatives; and was a co-author for the AIA (American Institute of Architects New York Chapter) Post-Sandy initiative report. This report received the 2014 Institute Honors for Collaborative Achievement.

Ms. Leighton is an Honorary Council Member for the Consortium for Sustainable Urbanization, a national and international organization focused on sustainable cities. She is co-editor of the Consortium’s The Future of Cities (Amazon e-book), practical ways of how to achieve an integrated and cross-sectoral approach to sustainable urbanization from the perspective of the United Nations, national and local governments, foundations, academia, and private sector, as well as planners and designers. She has served as both an organizer and facilitator at conferences that address how the design community can aesthetically, functionally, technically, and economically address the health, safety and welfare of both communities and the natural environment.

Ms. Leighton is author of An Ellis Island Christmas - a book for children about immigration; co-author of Grand Central Gateway to a Million Lives - social, cultural and architectural history of Grand Central; Educating for Social Justice, A Dangerous Game: Matilda Joslyn Gage Center (International Coalition of Sites of Conscience) – co-Author (Journal of Museum Studies) - as a member of the development team that created a dialogue model for environmental and social justice for the Gage Center. 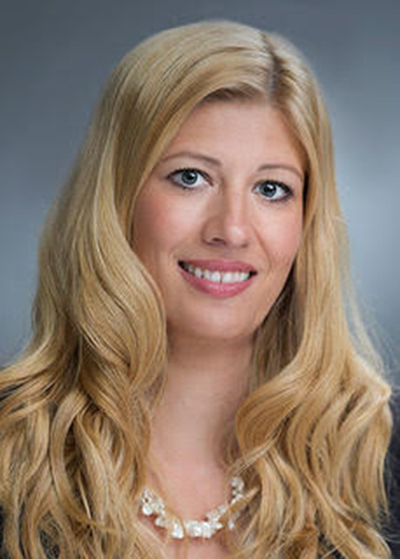 Jolynn Shoemaker is a consultant on international peace and security, and gender equality. She has worked with a variety of non-profit organizations engaged in policy-relevant research, advocacy, and training.

Currently, she is a consultant for Our Secure Future: Women Make the Difference where she is leading a study on the engagement of men in the Women, Peace, and Security agenda. She is also an adjunct professor at California State University Sacramento, where she teaches national security, and works in Global Affairs at UC Davis. Ms. Shoemaker is a contributing writer for Ms. Magazine, focusing on feminist foreign policy and related peace and security themes.

For seven and a half years, she served as the Executive Director of Women in International Security (WIIS), where she conducted studies on women in UN peace operations, and the status and experience of women in peace and security careers in the U.S. Government. Previously, she led a number of research and advocacy initiatives for the Institute for Inclusive Security, including efforts to integrate women and gender analysis in the work of the United Nations, U.S. Department of State, and the U.S. Department of Defense.

Ms. Shoemaker has served in policy and legal positions in the Office of the Secretary of Defense, and served in the U.S. Department of State, Bureau of Democracy, Human Rights, and Labor. She holds a J.D. and an M.A. (Security Studies) from Georgetown University.